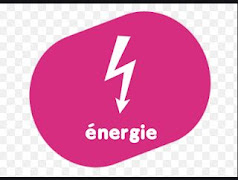 Playing my part: Save money, support Ukraine and help the planet

With citizens across Europe wanting to help Ukraine but also facing rising energy bills, we worked with the European Commission to come up with an easy-to-use guide showing simple steps to reduce energy use. The plan – Playing my part: How to save money, reduce reliance on Russian energy, support Ukraine and save the planet – was presented by our Executive Director Fatih Birol and European Commission Director-General for Energy Ditte Juul Jørgensen at a live-streamed virtual discussion with government ministers and civil society leaders on 21 April.

Using less energy can support Ukraine by reducing the need for Russian oil and gas, and is also a quick way for Europeans to reduce their fuel bills. The measures, if adopted by all EU citizens, would save 220 million barrels of oil a year, enough to fill 120 super tankers, and enough natural gas to heat almost 20 million homes. They would also save the typical EU household, on average, close to €500 a year, though that figure varies widely depending on where you live and how much you normally drive.

The plan's recommended steps include turning down heating and using less air conditioning, as well as car-pooling or travelling by public transport when available. Employers have a role to play by encouraging teleworking and train journeys instead of short-haul flights. Governments can provide financial incentives through reduced fares for trains, buses and micro-mobility. According to the plan, turning down the thermostat by just 1 °C would save around 7% of the energy used for heating, while setting an air conditioner 1 °C warmer could reduce the amount of electricity used by up to 10%. You probably won't even feel the difference, but you will see it your bills.

On April 26, Russia cut off gas supplies to Poland and Bulgaria because they refused to accept demands that their contracts be paid in roubles. Our Executive Director Fatih Birol denounced the unilateral moves, saying they are “yet another sign of Russia's politicisation of existing agreements.” Russia's decision “makes it clearer than ever that Europe needs to move quickly to reduce its reliance on Russian energy”. Even before the invasion of Ukraine, our Executive Director was repeatedly warning that Russia was keeping European gas markets artificially tight by withholding supplies despite record prices.

On Friday, Dr Birol spoke by phone with Polish Minister of Climate and Environment Anna Moskwa about the situation regarding Poland's energy supplies. He stressed the IEA’s support for Poland in tackling its energy challenges in these difficult times.

Since the start of Russia's invasion of Ukraine, IEA member countries have released 182.7 million barrels of oil from emergency stocks to help avoid a shortfall in global supplies. Besides Playing my Part (see above), we've also presented a 10-Point Plan to Reduce the European Union’s Reliance on Russian Natural Gas and 10-Point Plan to Cut Oil Use to help countries navigate the current difficult market conditions. The Plan to Cut Oil Use is now also available in French, German, Italian, Japanese and Spanish.

A group of global energy, climate and finance leaders will provide strategic input for a forthcoming IEA special report that will explore how to put the world’s coal emissions on a path toward net zero amid the major energy security and affordability challenges that are affecting countries worldwide with particularly severe economic impacts in the developing world.
The new report – Coal in the Global Net Zero Transition: Strategies for Rapid, Secure and People-Centred Change – will be published in the fourth quarter of this year. It comes against the backdrop of Russia’s invasion of Ukraine, which has laid bare the challenges that countries face in ensuring reliable, sustainable and affordable energy supplies in such an uncertain geopolitical environment.

As well as hurting consumers and businesses around the world, especially in developing economies, the turmoil in global energy markets threatens to derail efforts to prevent the worst effects of climate change. Last year, global energy-related CO2 emissions rebounded to their highest level in history, largely because of record use of coal to generate electricity.
The High-Level Advisory Group will be chaired by UN Special Envoy for Climate Ambition and Solutions Michael R. Bloomberg and co-chaired by Arifin Tasrif, Minister of Energy and Mineral Resources of Indonesia, which currently holds the G20 Presidency, and Teresa Ribera Rodríguez, Deputy Prime Minister and Ecology Minister of Spain.

Can you reach net zero by 2050? Try your hand at cutting emissions…

If you want to get a better sense of the challenge involved in reach the world’s climate goals, play the new Climate Game developed by the Financial Times with our support.

Just like in real life, reaching net zero is not easy, but is doable with the right choices. You have 100 “effort points” to spend on investments and initiatives to save the planet from over-heating. You win by cutting enough energy-related carbon dioxide emissions to reach net zero by mid-century and limit global warming to 1.5 C. Smarter investments will earn you points back, wasted investments will lose you points.

Once you've played the game, read how it was prepared. Our Net Zero by 2050 report, which details various scenarios, provided the framework and structure. Our model was used to create the game and our analysts helped develop. One hint: It's important to take action sooner than later. Costs rise as the game progresses, and answers will cost you more if you put off hard decisions until you are too close to 2050. Don’t hesitate to be ambitious in the actions you take.

Play the game and why not take the opportunity to reacquaint yourself with our Net Zero pathway.

“When the reality of a threat becomes clear, governments can act decisively to lead the way on necessary changes,” they write, noting that all wealthy nations — and those who draw significant amounts of income from fossil fuel production — must confront these issues.

Energy efficiency is a critical part of European efforts to reduce reliance on Russian fossil fuel supplies – and more broadly for improving energy security, driving down costs for citizens and getting the world on the path to net zero emissions.

This makes our 7th Annual Global Conference on Energy Efficiency on 8 and 9 June one of the most important events of the year for accelerating progress on these fronts. Taking place in Sønderborg, Denmark, this year’s event will bring together ministers, CEOs and other leaders from the international community for a unique opportunity to discuss how to governments’ ambitions on energy efficiency can be translated into action.

To find out more about the event and request an invitation to participate in person, visit the Global Conference’s dedicated website.

Belgium has made remarkable advances in building offshore wind power installations, but the country will still need to boost its efforts to reduce use of fossil fuels, cut carbon emissions and lower its reliance on energy imports, according to our latest energy policy review. Read the press release and the full report to find out more, and watch the press launch event with our Executive Director and Belgian Minister of Energy Tinne Van der Straeten.

Later today, leading international figures on energy, energy efficiency and energy transitions will discuss the challenges and opportunities for achieving equitable clean energy transitions in Latin America and the Caribbean. Find out more and watch the event live on our website.

One of the main concerns drivers have when considering the purchase of an electric vehicle is “range anxiety,” or the fear of the battery running out before reaching your destination. That worry deters many EV buyers even though the vast majority of car owners drive much less on most days than the battery range of most EVs. Read our new report on how policy makers can address such concerns and encourage swift adoption of EVs by making reliable and easy-to-use charging infrastructure widely available as quickly as possible.

Email ThisBlogThis!Share to TwitterShare to FacebookShare to Pinterest
rubriques: énergie