Apart from the direct impact on public health, a crisis of this magnitude can trigger at least two direct kinds of economic shock. The first is a shock to production, owing to disrupted global supply chains. Suspending the production of basic pharmaceutical chemicals in China disrupts the production of generic drugs in India, which in turn reduces drug shipments to the United States. The second shock is to demand: as people and governments take steps to slow the spread of the coronavirus, spending in restaurants, shopping malls, and tourist destinations collapses.


But there is also the potential for indirect aftershocks, such as the recent plunge in oil prices following Russia and Saudi Arabia’s failure to agree on coordinated output cuts. As these and other shocks propagate, already stressed small- and medium-size businesses could be forced to shut down, leading to layoffs, lost consumer confidence, and further reductions in consumption and aggregate demand.
Moreover, downgrades to, or defaults by, highly leveraged entities (shale-energy producers in the US; commodity-dependent developing countries) could lead to wider losses in the global financial system. That would curtail liquidity and credit, and trigger a dramatic tightening of the financial conditions that have hitherto been so supportive of growth.
The parade of horrible possibilities could go on. The more fundamental point to remember is that the world economy never fully recovered from the 2008 global financial crisis, nor were the underlying problems that produced that disaster ever fully addressed. On the contrary, governments, businesses, and households around the world have piled on more debt, and policymakers have undermined trust in the global trading and investment system.
But even though the world started with a weak hand, our response to the COVID-19 crisis could be far better than it has been. The immediate task is to limit the spread of the virus through widespread testing, rigorous quarantines, and social distancing. Most developed countries should be well-positioned to implement such measures; yet, Italy has been overwhelmed by the epidemic, and the US response has not exactly inspired confidence.

Looking ahead, unless the coronavirus is eradicated globally, it could always return, or even become a seasonal disruption. If an effective treatment is not discovered soon (Gilead’s antiviral drug remdesivir currently shows some promise), all countries will face a choice between walling themselves off entirely and pushing for a global effort to eradicate the virus. Given that the former is an impossibility, the latter seems the natural choice. But it would require a degree of global leadership and cooperation that is sorely lacking. The presidency of the G20 is currently held by Saudi Arabia, which is mired in internal and external disputes; and US President Donald Trump’s administration has repudiated multilateral action from the outset.
Still, some key countries could accomplish much if they stepped up to lead a global response, including by persuading more countries of the value of cooperation. For example, countries that have been relatively successful in managing the epidemic, such as China and South Korea, could share best practices. And as individual countries bring the coronavirus under control within their own borders, they could dispatch spare resources to countries that need more experienced medical personnel, respirators, testing kits, masks, and the like.
Moreover, China and the US might finally be cajoled into reversing recent tariff increases and dispensing with threats of new ones (such as on cars). While a temporary reduction in tariffs would do little to enhance cross-border investment, it would at least offer a slight boost to trade. Moreover, an accord could enhance business sentiment about the post-pandemic recovery.
Within countries, the immediate task – after implementing measures to contain the virus – is to support those in the informal or gig economy whose livelihoods will be disrupted by quarantines and social distancing. Those who are most vulnerable economically also tend to be those who lack access to medical care. Hence, at a minimum, governments should offer cash transfers to these individuals – or to everyone, if vulnerable populations are hard to identify – as well as coverage for virus-related medical expenses. Similarly, a moratorium on some tax payments may be necessary to help small- and medium-sized businesses, as would partial loan guarantees and other measures to keep credit flowing.
In developed countries, in particular, the pandemic will soon reveal just how many people have joined the ranks of the precariat in recent years. This cohort skews young and includes many of those living in “left-behind” places. By definition, the precariat’s members lack the skills or education needed to secure stable jobs with benefits, and thus have little stake in “the system.” Cash transfers would send a message that the system still cares. But, of course, far more will need to be done to expand the social safety net and extend new opportunities to the economically marginalized.
Populist parties and leaders have capitalized politically on the plight of the precariat, but they have failed to live up to their promises – even where they actually hold power. The pandemic may have a silver lining here, too. Governments that have undermined established disaster-preparedness agencies and early-warning protocols are now finding that they need the professionals and experts after all. COVID-19 has been quick to expose amateurism and incompetence. If the professionals are allowed to do their jobs, they can restore some of the public’s lost trust in the establishment.

In the political arena, a more credible professional establishment will have an opportunity to advance sensible policies that address the problems facing the precariat without ushering in class warfare. But these openings won’t last forever. If the professionals fail to capitalize on them, the pandemic will offer no silver linings – only more dread, division, chaos, and misery. 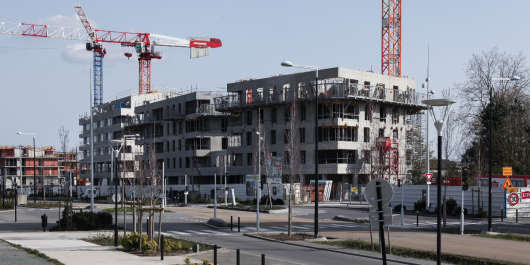