AMMAN – It is now customary to blame economics or economists for many of the world’s ills. Critics hold economic theories responsible for rising inequality, a dearth of good jobs, financial fragility, and low growth, among other things. But although criticism may spur economists to greater efforts, the concentrated onslaught against the profession has unintentionally diverted attention from a discipline that should shoulder more of the blame: public policy.

Economics and public policy are closely related, but they are not the same, and should not be seen as such. Economics is to public policy what physics is to engineering, or biology to medicine. While physics is fundamental to the design of rockets that can use energy to defy gravity, Isaac Newton was not responsible for the Challenger space shuttle disaster. Nor was biochemistry to blame for Michael Jackson’s death.

Physics, biology, and economics, as sciences, answer questions about the nature of the world we inhabit, generating what economic historian Joel Mokyr of Northwestern University calls propositional knowledge. Engineering, medicine, and public policy, on the other hand, answer questions about how to change the world in particular ways, leading to what Mokyr terms prescriptive knowledge.

Although engineering schools teach physics and medical schools teach biology, these professional disciplines have grown separate from their underlying sciences in many respects. In fact, by developing their own criteria of excellence, curricula, journals, and career paths, engineering and medicine have become distinct species.

Public-policy schools, by contrast, have not undergone an equivalent transformation. Many of them do not even hire their own faculty, but instead use professors from foundational sciences such as economics, psychology, sociology, or political science. The public-policy school at my own university, Harvard, does have a large faculty of its own – but it mostly recruits freshly minted PhDs in the foundational sciences, and promotes them on the basis of their publications in the leading journals of those sciences, not in public policy.

Policy experience before achieving professorial tenure is discouraged and rare. And even tenured faculty have surprisingly limited engagement with the world, owing to prevailing hiring practices and a fear that engaging externally might entail reputational risks for the university. To compensate for this, public-policy schools hire professors of practice, such as me, who have acquired prior policy experience elsewhere.

Teaching-wise, you might think that public-policy schools would adopt a similar approach to medical schools. After all, both doctors and public-policy specialists are called upon to solve problems and need to diagnose the respective causes. They also need to understand the set of possible solutions and figure out the pros and cons of each. Finally, they need to know how to implement their proposed solution and evaluate whether it is working.

Yet most public-policy schools offer only one- or two-year master’s programs, and have a small PhD program with a structure typically similar to that in the sciences. That compares unfavorably with the way medical schools train doctors and advance their discipline.

Medical schools (at least in the United States) admit students after they have finished a four-year college program in which they have taken a minimum set of relevant courses. Medical students then undergo a two-year program of mostly in-class teaching, followed by two years in which they are rotated across different departments in so-called teaching hospitals, where they learn how things are done in practice by accompanying attending (or senior) doctors and their teams.

At the end of the four years, young doctors receive a diploma. But then they must start a three- to nine-year residency (depending on the specialty) in a teaching hospital, where they accompany senior doctors but are given increasing responsibilities. After seven to 13 years of postgraduate studies, they finally are permitted to practice as doctors without supervision, although some do additional supervised fellowships in specialized areas.

By contrast, public-policy schools essentially stop teaching students after their first two years of mostly in-class education, and (aside from PhD programs) do not offer the many additional years of training that medical schools provide. Yet the teaching-hospital model could be effective in public policy, too.

Consider, for example, Harvard University’s Growth Lab, which I founded in 2006 after two highly fulfilling policy engagements in El Salvador and South Africa. Since then, we have worked on over three dozen countries and regions. In some respects, the Lab looks a bit like a teaching and research hospital. It focuses both on research and on the clinical work of serving “patients,” or governments in our case. Moreover, we recruit recent PhD graduates (equivalent to freshly minted MDs) and graduates of master’s programs (like medical students after their first two years of school). We also hire college graduates as research assistants, or “nurses.”

In addressing the problems of our “patients,” the Lab develops new diagnostic tools to identify both the nature of the constraints they face and therapeutic methods to overcome them. And we work alongside governments to implement the proposed changes. That is actually where we learn the most. In that way, we ensure that theory informs practice, and that insights gained from practice inform our future research.

Governments tend to trust the Lab, because we do not have a profit motive, but rather just a desire to learn with them by helping them solve their problems. Our “residents” stay with us for three to nine years, as in a medical school, and often take up senior positions in their own countries’ governments after they leave. Instead of using our acquired experience to create “intellectual property,” we give it away through publications, online tools, and courses. Our reward is others adopting our methods.
This structure was not planned: it just emerged. It was not promoted from the top, but was simply allowed to evolve. However, if the idea of these “teaching hospitals” was embraced, it could radically change the way public policy is advanced, taught, and put at the service of the world. Maybe people would then stop blaming economists for things that never should have been their responsibility in the first place.
at dimanche, septembre 01, 2019 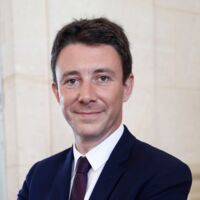